What do sports look like in these unpredictable times? 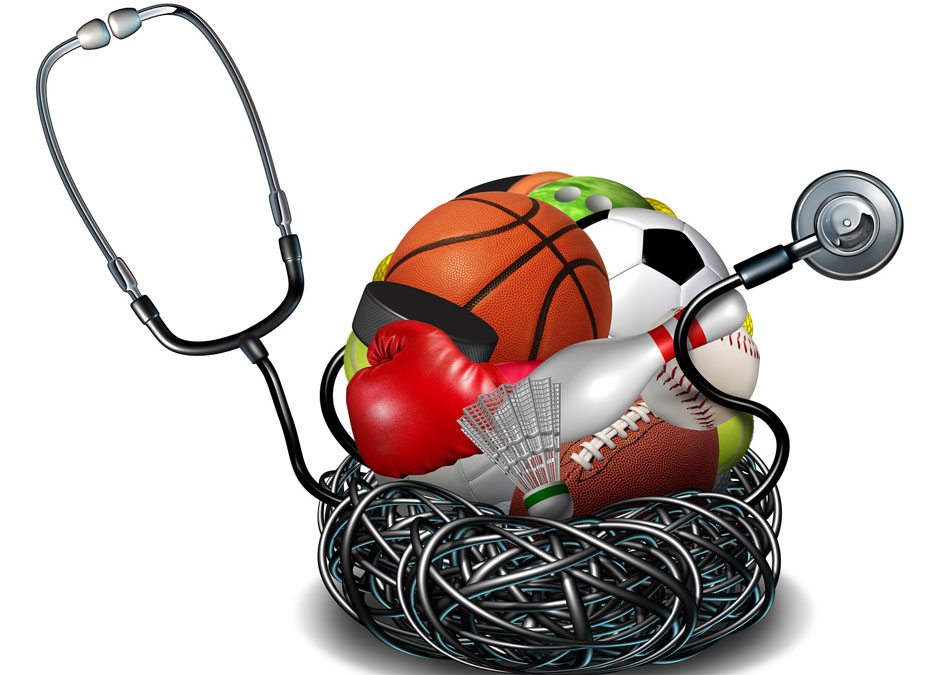 The era of COVID-19 has brought new and unforeseen challenges that have shaped and will label the sports industry to come. Sporting seasons have been halted or canceled, sports industries have suffered and lost billions of dollars, and the 2020 Summer Olympics in Tokyo were delayed and have been pushed to 2021. Unforeseen consequences that have affected many. Sports have tried to remain active, but due to close contact with players, officials, staff, and fans, games such as basketball, baseball, and soccer have halted their seasons or removed fans from viewing play due to contact and proximity. More often, athletes that have been diagnosed with COVID-19 could have contracted the virus through their sport as many athletes are required to contact other players and officials.

It’s no doubt that sports will look much different than what it was before the pandemic- limited to no fans, adequate safety precautions to non-athletes, and proper testing is readily available for the players and their family members. What’s worse is the impact on future sports jobs. Over one million jobs have been eliminated or threatened by the shutdown, and many more will continue to be at risk other than those of athletes to minimize contact with others. Fitness trainers, coaches, and recreational workers were some of the occupations impacted by the virus that were a part of the over 12 billion dollars lost in the industry. An additional 1.3 million jobs are at further risk, as a majority of those are in a fitness trainer capacity. As such, only one of the many effects of the virus.

International sporting events have begun to open up and resume play. Soccer leagues such as La Liga return on June 11th; Premier League has six opening matches designed to be held at neutral events; Golf is scheduled for sometime in July and Boxing, and MMA is being held on June 9th. Sports have begun to return slowly, and fans are eager for their arrival due to stay-at-home orders. Three months without sports certainly hasn’t been easy. Still, for games to return, officials must implement the necessary changes and precautions to ensure safety and security for all involved. Recently, sports took a significant upturn during the week of June 1st in the United States. The National Basketball Association(NBA) had announced its scheduled arrival of July 31st. Their new format allows twenty-two teams to return with eight games left of the regular season followed by playoffs and championship games that will extend the season to October at the latest. The games are scheduled to take place at the ESPN Center at Walt Disney resort in Orlando, Florida. The NBA coming back to play is yet an essential and further event in an era where sports have been profoundly missed.

Amateur and youth sports have been impacted to a large extent. Many youth programs have been jeopardized due to the virus for the same concerns as professional sports but less restrictive due to limited outside personnel such as a small number of officials and parents as opposed to a hired staff. Still, the caution is the same, and youth registration is still up in the air. However, many youth sports programs are starting to return as different counties within different states are beginning to open up. Still, it remains unknown when youth sports will return entirely normal after the pandemic.

Sports have been an essential part of many individual lives. Games returning are not only crucial for entertainment, but sports facilitate encouragement and inspiration in otherwise modern times. Many have lost their jobs and are struggling for the next paycheck, and sports returning are a sign of hope and a source of inspiration.

Until a vaccine is developed and tested to make it safe to the general public, life will be very different and unusual. Widely available testing, along with unnecessary travel and communication outside the family, must be enforced. Properly trained staff and officials and no spectators are needed for seasons to remain active and be carried out. It is no doubt that sports coming back are positive, but appropriate action must be compensated for safety. Uncertainty has much defined this pandemic. More sporting jobs are at risk, and those who have jobs will receive less pay, and even athlete salaries will be cut. Non-essential personnel will be let go, and the entire landscape of professional and amateur sporting is one with a question mark.  Without any form of protection or vaccine, COVID-19 will disrupt our usual way of life, and responsibility and safety on our part are needed to slow and eventually stop the spread not just in sports, but in many other vital industries. Questions have yet to be answered, but the love for sports and its joy has and will never die down.