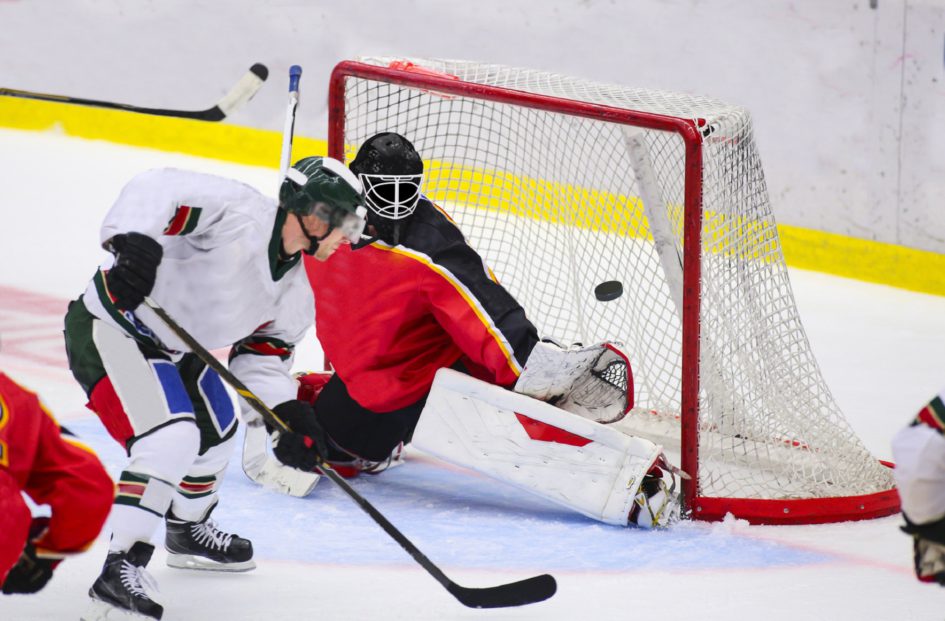 As players master the basic skills of skating and puck handling, hockey coaches can begin to shift the focus from technique to speed and quickness in these skills. Here are some drills that you can teach your intermediate players.

This drill lets players work on both forward and backward lateral movement to both the left and right as they skate the perimeter of the ice.

Coaching pointers: Always check that players maintain good skating posture. Specifically, check that they keep a good bend at the knees so that their bodies aren’t moving up and down during the crossovers.

This drill is to help players become proficient at skating both right and left on forward turns. This skill is essential for overall skating efficiency.

How it works: Using the two circles in each end zone, have players skate a figure-eight pattern around the outside of each circle. Emphasize that they must keep striding as they skate the turns. See the figure below for the skating pattern. Use neutral zone dots for a third group if necessary.

Coaching pointers: When turning, check that players keep their sticks on the ice and to the inside of the circle. This means that one hand is on the stick on one turn and two hands on the other. Also make sure that players push from the hip as they skate the turns. See that players continuously stride all the way around each circle.

This drill helps players develop the ability to pivot both to the right and to the left. If players cannot pivot both ways, their lack of mobility can be exploited in game situations.