The Science and Psychology of Motivation for Athletes 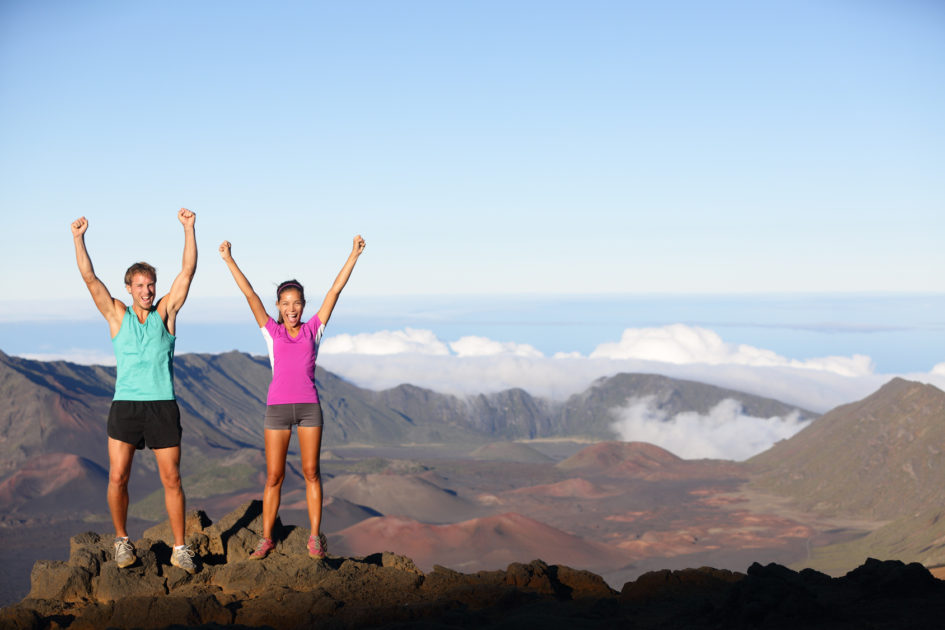 What is motivation? What motivates us, me, and you? And I don’t just mean the basic definitions, but the science of how motivation works and the psychology behind motivation. In this article, we will go into what motivates us in life and in sports.

Motivation is broadly defined as all factors that cause humans and other animals to behave the way they do. Scientists believe the hypothalamus provides the physical basis for pleasure in humans, which plays a large part in motivation.

The Hypothalamus and Limbic System

Hypothalamus means “below the thalamus.” The hypothalamus is involved in controlling certain body states including hunger, thirst, circadian rhythms, fluctuation of   hormone release throughout the day, aspects of sexual activity, and body temperature. The hypothalamus is part of the limbic system.

The limbic system has connections to what motivates us based off memories and other stimuli. The system consists of the following structures: amygdala, fornix, hippocampus, thalamus, hypothalamus, and cingulate gyrus. Experience of emotions and the interpretation of emotionally laden events or stimuli appear as a result of these areas being stimulated and their communications with one another. In addition, the limbic system may be important in our overall consciousness.

Achieving goals can become a powerful motivator in a person’s life. Some people live for reaching their goals. The need for achievement is their motivation to accomplish a challenging task quickly and effectively.
David McClelland, his students, and colleagues spent forty years studying this type of motivation. They analyzed the personalities of those who demonstrated this need for achievement in entire societies. Those with a high need of achievement tend to work harder than those without it, are more future oriented, and will delay gratification longer.
An example of achievement-based motivation comes from research done on medical students. A study using focus group discussions with ten male and nine female students who scored higher than an 85% on all their tests was used on this study. The results established that the students were dedicated to going to lectures, prioritization, self-learning, learning in groups, mind-mapping, learning in skill labs, learning from mistakes, time management, and having family support. Non-academic factors such as sleep deprivation and homesickness also played a role in academic success. Achievement-based people tend to make sacrifices and make their goal their “life,” so they work around the things that may not be related to their sport, academia, or whatever they are motivated to do. They spend their time learning how to get better and be effective.
Achievement makes some people content and happy. On the other hand, failure can produce pain, sadness, and unhappiness, which can lead to avoidance behaviors. In athletes we typically find two types of successful motivations:
Intrinsic Motivation: Defined as a construct and desire to be competent and self-determining. These athletes are usually self-starters because of their love of the game. Intrinsically motivated athletes are more likely to maintain effort and consistency across practice and competition.
Achievement Motivation: These athletes wish to engage in competition or social comparison. All things being equal between two athletes, whoever has the higher achievement motivation will be the better athlete because of the desire for competition.

The understanding and utilization of different types of reinforcement and punishment will help coaches motivate their athletes. As far as which type of motivation is used, that depends on the coach’s ability to understand the athlete, his or her emotions, and his or her personality.
Reinforcement
Positive reinforcement is the act of increasing the probability of occurrence of a given behavior (a target behavior such as correct footwork), which is termed the operant, by following it with an action, object, or event such as praise.
Negative Reinforcement also increases the probability of occurrence of a given operant by removing an act, object, or event that is typically aversive. For example, if you have a CrossFit competition team you want to get to regionals and they do well on the clean and jerk, you don’t add additions to their WOD on that day (such as a miserable cash out like 100 double unders or 100 pull ups).
Punishment
Punishment is designed to decrease the occurrence of a given operant, that is, negative behaviors such as mistakes or lack of effort. Positive punishment is the presentation of an act, object, or event following a behavior that could decrease the behavior occurrence. For example, some gyms reprimand their athletes for dropping barbells with no weight on them from overhead because it prevents this behavior from becoming habitual (not to mention preserves the equipment).
Negative punishment is the removal of something valued, which can take the form of revoking privileges or playing time.
Coaches will use both forms of motivation, but the positive approach is arguably better because it focuses on what athletes should do and what they are doing right. Reinforcement increases task-relevant focus rather than worry focus. A task-relevant focus facilitates reaction time and decision time. A successful experience colors the athlete’s view as positive, which can lead to approach behaviors. Approach behaviors or approach motivation indicates the propensity to move towards a desired stimulus.
Prior research has already shown that positive affect (or positive motivation/reinforcement) promotes cognitive flexibility. In a study published in Psychological Science, they extended motivational dimensional model to the domain of cognitive control by examining both low- and high-motivated positive affect on the balance between cognitive flexibility (our ability to adjust to behavior in response to a changing environment) and cognitive stability (our ability to change behavior in the face of distraction). Low and high approach-motivated positive affect would indicate the intensity of the positive affect on a selected individual in regard to approach motivation. Results concluded low approach-motivated positive affect promoted cognitive flexibility but also caused higher distractibility, whereas high approach-motivated positive affect enhanced perseverance but simultaneously reduced distractibility.
There are many things that motivate us. Are you trying to find a reason to workout in the morning? Goal setting is usually the best way to do it. Having a goal you want to reach, such as “I want to increase my snatch weight by ten pounds in eight weeks” or “I want to lose ten pounds of weight in two months,” is an example of an achievement-based reason to be motivated. For those who are finding it difficult to find a reason to start fitness, go sign up for an event. Someone newer to CrossFit can easily sign up for a novice event. Those who want to get into adventure racing can go ahead and sign up for a race. The point is, find a reason to do something or you may not be motivated to do it. And don’t do something for someone else or you will likely not keep up with it. Be motivated to do it for you.
Source:  https://breakingmuscle.com/sports-psychology/the-science-and-psychology-of-motivation-for-athletes