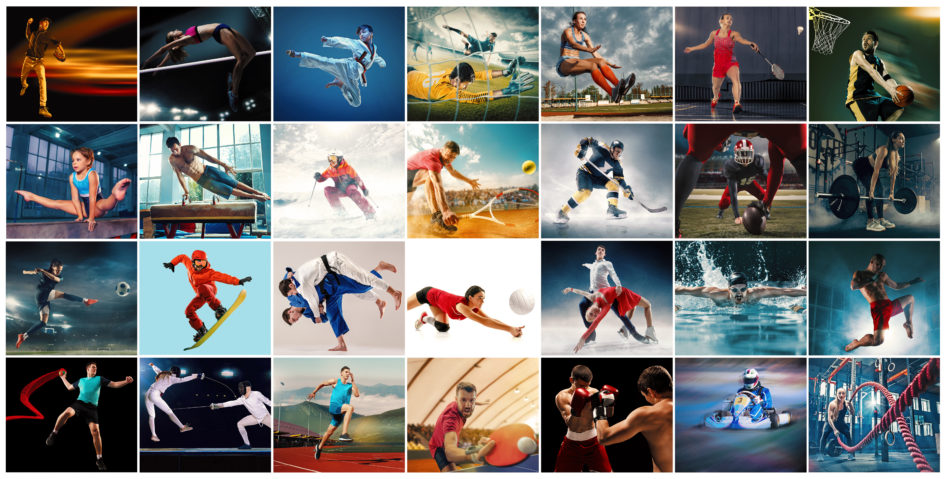 Here are the top athletes in the world that are making waves globally in the sports world.

FC Barcelona star Lionel Messi was awarded the Ballon d’Or in 2019 for the 6th time, the most won by any soccer player. It tells why Messi is compared to soccer legends like Maradona and Pele. The Argentine star has been in great form scoring 30 goals so far this sports season for his club. Playing as an attacker, Messi has been very critical to both FC Barcelona and the Argentinian National team. He is the all-time top scorer in La Liga with 444 goals in 485 appearances followed by Cristiano Ronaldo with 311 goals to his name. He has been awarded the La Liga player of the year award nine times. Messi signed for FC Barcelona at the age of 13 and has been with the same club since then. He made his debut for FC Barcelona at the age of 16. He also led his national team to victory in the under-20 World Cup. Though Messi is considered the best player of all times by many, he is often criticised for not being able to win any titles for the senior national team.

Not everyone gets a nickname of “King”. Lebron James aka “King James” has time and again proven why he still rules the court. Currently, playing for the Los Angeles Lakers, he is a strong contender for MVP this season. He already has four NBA MVP awards to his name. He also holds the all-time record for playoff points. He ranks third in all-time points and eight in all-time assists. He also holds the record for being selected the highest number of times (12) to the All-NBA First team. James led the Lakers this season with an opening 17-2 record which is one of the best in the franchise history. He has also played for the Cleveland Cavaliers and Miami Heat and had successful seasons with them. He took these teams the NBA finals for eight consecutive seasons from 2011 to 2018. He won the NBA championship three times out of these. At 35, James is playing his 17th season in the NBA but averaging with 25.5 points, 10.3 assists, and 7.9 rebounds he has shown no signs of slowing down.

Five times Ballon d’Or winner Cristiano Ronaldo is undoubtedly one of the most famous athletes in the world. With his transfer from Spanish club Real Madrid to Juventus in 2018, the Italian league – Serie A – is said to have got its charm back. In his very first season with the club, Ronaldo was instrumental in helping them win the league championship during the 2018-19 season. He scored 21 goals for the club and was awarded the Serie A Player of the year. This season, he has already scored 35 goals for his club so far helping them to be the league toppers. The Portuguese captain is one of the best attackers of all time and the all-time top scorer for the national team. Ronaldo is known for his hard-working nature, and it reflects on his performance even at the age of 35. Coming from a humble background, Ronaldo’s success story is an inspiration to the youth all over the world.

During the era of the Roger Federer-Rafael Nadal rivalry in tennis, Novak Djokovic emerged as a youngster with potential. Fast forward to 2020, and the tennis star is the World No. 1 and has 17 Grand Slams singles titles to his name, the third most in history for a male player. He has won the Australian Open a record eight times. He won the Wimbledon five times and the US open thrice. He has one French Open title to his name as well. He became the third male player to hold all four major titles at once when he won the French Open in 2016. He won all nine of the Masters 1000 tournaments making him the only male player to do so. Djokovic was part of Serbia’s winning Davis Cup team in 2010 and the 2020 ATP Cup. He is the first male from Serbia to win a Grand Slam and also to be ranked no.1 by ATP.

25 Novak Djokovic Moments That Will Blow Your Mind!

Neymar is one of the most popular and influential figures in soccer, especially among the youth. He gained attention for his skills from a very young age and started playing for the youth team of the Brazilian club FC Santos at the age of 11. He made his professional debut for Santos in 2009 at the age of 17, and there was no stopping him after that. He was awarded the South American Footballer of the year in 2011 and 2012. After helping the club win multiple titles, he moved to Spain to join FC Barcelona. With Barcelona, he won the Spanish La Liga, the Copa Del Rey, and the UEFA Champions League title as well. He finished third in the FIFA Ballon d’Or ranking in 2015. In 2017, he moved to the French club Paris Saint-Germain (PSG) in a record deal which made him the most expensive player ever. With PSG, he won the Coupe de France twice and also won 3 league titles. He also won the Coupe de la Ligue once and was voted the Ligue 1 Player of the year in his debut season. He also plays a critical role for the Brazilian national team and has scored 61 goals in 101 matches for Brazil.

Thomas Edward Patrick Brady, Jr. born on August 3, 1977, is an American football player considered to be one of the greatest quarterbacks of all time. He spent 20 NFL seasons playing for the New England Patriots – 2000-2019, before moving to the Tampa Bay Buccaneers in 2020.

With the Patriots, he earned nine trips to the Super Bowl-winning six of them, which is the most by any NFL player. Brady has won four Super Bowl MVP (Super Bowl XXXVI, XXXVIII, XLIX, and LI) and three league MVP awards (2007, 2010, and 2017), has been selected to 14 Pro Bowls and has led his team to more division titles (17) than any other quarterback in NFL history. Brady is second all-time in career passing yards, and second in career touchdown passes. His career postseason record is 30-11. He has won more playoff games than any other quarterback and appeared in more playoff games than any player at any position. In 2010, he was unanimously chosen as the NFL MVP, becoming the first player since 1986 to be unanimously chosen as MVP. He is also the only quarterback to reach 200 regular-season wins and has never had a losing season as a starting quarterback.

Serena Williams is widely regarded as one of the most influential female athletes. She has been ranked as the World No.1 in singles on eight occasions between 2002 and 2017. On the sixth occasion, she held the No.1 ranking for 186 consecutive weeks equaling Steffi Graf’s record. Overall, she held the top spot for 319 weeks which is the third-highest by a female player in the Open Era. Serena also has won the highest number of Grand Slam titles, 23, in the Open Era. This places her second in the all-time titles. Williams holds the record for the highest number of Grand Slam singles titles on hard court, winning it 13 times. She also won the Australian Open and US Open titles for record seven and six times respectively. With 351 victories, she holds the record for most matches won in women’s singles. She has also won 14 Grand slam doubles titles teaming up with her sister Venus. Together, Serena and Venus, also known as the Williams sisters, have been attributed to bringing in an era of power and athleticism to the world of women’s tennis.

Commonly referred to as “The Millville Meteor”, Mike Trout is one of the most happening names in the baseball world. Having made his debut in Major League Baseball for Los Angeles Angels of Anaheim at the tender age of 18 in 2009, Trout came to prominence in 2012 when he was awarded the American League Rookie of the Year. Ever since then, Trout has been regarded as one of the finest centre fielders in MLB and has received constant admiration and acclaim for his efforts. Trout is an eight-time MLB All-Star. He was voted All-Star Game MVP in both 2014 and 2015, the first player to be voted MVP in consecutive years. He was also awarded the American League MVP in 2014, 2016, and 2019. Trout signed a 12-year contract with the Angels in 2019.

With eight Wimbledon titles, six Australian Open titles, five US Open titles, and one French Open title, Roger Federer has got 20 Grand Slam titles to his name. It is the highest number of titles won by a tennis player ever. But that is not all; he has also won the ATP finals for a record six times and the ATP Tour 500 title for a record 24 times. He has also won the ATP Tour Masters 1000 title 28 times. He has been awarded the tour Sportsmanship Award 13 times. He has also been awarded the ATP Player of the Year and ITF World Champion five times. Overall, he has won more than 100 career singles titles making him the second tennis player to do so after Jimmy Connors. The list of achievements is not the only thing why his fans love him so much. Federer’s style of play seems naturally effortless with excellent footwork. He is quick and moves efficiently around the court, be it grass, clay, or hard. His ability for making big serves and shots has earned him the name FedEx, which is short for “Federer Express”.

The current reigning MVP Giannis has given a stellar performance and is in for a back-to-back MVP title again this season (2019-20). The Milwaukee Bucks forward had just one request to his fans after he won the MVP last year – to be not called the MVP until he won it again. It shows his hunger to become the best player. Born to Nigerian parents in Greece, Giannis quickly rose to fame in the Greek Basketball league. His talent attracted attention from all over the world including the NBA and was signed by the Milwaukee Bucks in 2013. This season he is averaging 29.8 points, 13.7 rebounds, and 5.7 assists.

What’s more? He is also in the race for the Defensive player of the year. Giannis has helped the Bucks to achieve the best record in the league for the second time straight. This sports season, the Bucks clinched a playoff berth after the team’s 56th regular-season game to become the fastest team to secure a playoff spot. Giannis is nicknamed as “The Greek Freak” because of his broad shoulders, size, and speed.