How to Improve Tennis Serve Consistency? 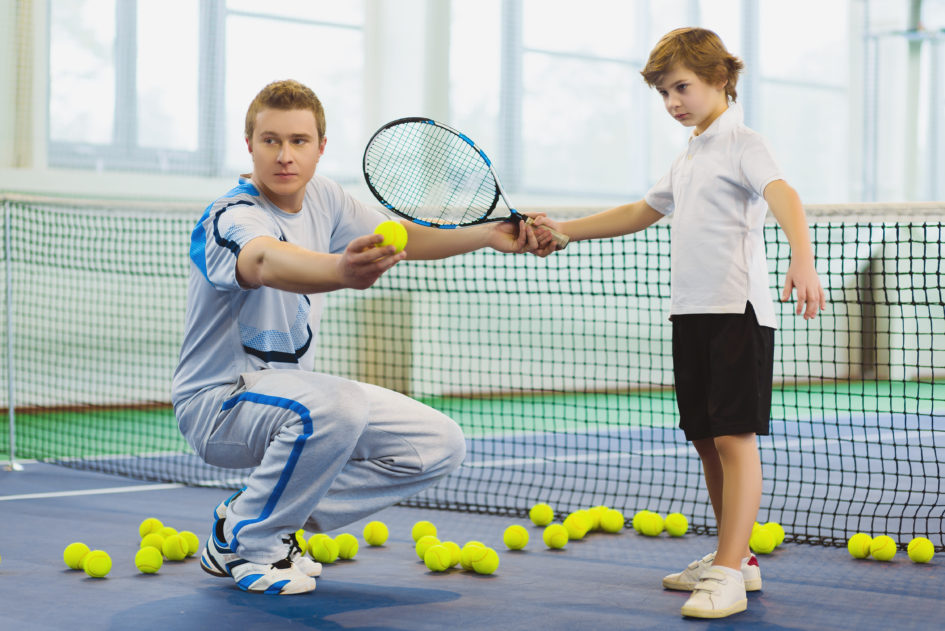 Have you ever gotten mad at yourself during a match because your serve simply would just not go in? Well there are probably some small mistakes with your form and your serving technique, but we can fix that with a few simple steps. Serving is one of the hardest shots in tennis, but if mastered well, it will become the trump card of your career and will also be a deciding factor of the match.

Know how to prepare for the serve—Serving is a very important part of tennis, and if one cannot serve the tennis ball in, their game will be greatly affected.This usually causes the server to become nervous and feel pressured on their service game. Bouncing the ball a few times and breathing in and out a couple times will help to calm down your nerves and for you to focus better on your serving.

Learn the grip for serving—The grip you hold your racket with, is a main factor that decides the power, spin, and accuracy of your serve. Normally, the server would prefer a “continental grip”, which is a grip in which your right knuckle is lined up with the right edge of your racket and causes your racket to become a straight line to your arm. This would enable the server to serve accurately with control and power.

Know your own style of play—Knowing your style of play and what shots you prefer to hit over others, will set the basis of which type of serve you want.Serving hard, will allow you to “serve and volley”, which is when the server runs up to the net after the serve is in. Others, who are baseline players, may feel more comfortable hitting ground-strokes, rather than being vicious at the net would most likely be satisfied with a top-spin, or softer serve. If your style of play does not match the style of your serve, you will be troubled and find yourself cornered in a one-sided match.

Realize which type of serve you want and stick to it—This is a big problem for many people currently playing tennis. Perhaps one day they feel as if they would like to learn a flat serve, while the second day, they want to learn a top-spin serve. The maximum number of serves the server should focus on, is only one at a time. If you work on more than one serve at a time, chances are that both types of serves will not be trained to their full potential, and you will be stuck with weak serves.

Maintain the right form—Serving for a long period of time may allow a person to develop his own form. But as a player takes a week or two off, they may start to forget their form. This will cause a problem in your serve, not only will it change the accuracy and power on the serve, but it will also break down your mental game.

Jump and Sudden Burst—Jumping for your serve allows you to get a height advantage and further increase your chances of getting the ball inside the service box. The sudden burst on the contact of the tennis ball will allow you to create a powerful spin and force on the ball, making it harder to return.

Pronation—This is a difficult technique used by many people who want a decent serve. This technique requires you to pronate your wrist downwards on the contact of the ball. This will add more power and spin on the ball, further increasing your chances of hitting the service box.

Serve—The most important serve of tennis is not the first, but the second. The first serve is generally the point-starter and sets the tone for the point, but the second serve is usually the reserve serve, which often has an 80-90% chance of getting in. After missing the first serve, do not feel intimidated by the fact that you did not ace your opponent. You have to realize that the second serve requires you to hit the ball harder and swing your racket faster on the point of contact, because this will allow you to put more spin on the ball, increasing its chances of going in.

Condition and Practice—People with a strong serve normally require a lot of energy in order to keep up their serve throughout the match. To keep yourself from losing stamina during a match, you should condition yourself daily, and practice your serve over and over again to ensure that you will not get tired or disrupted by fatigue.

Improve Your Mental Game—Missing the first serve does not mean anything.A lot of players fail to realize the fact that after missing the first serve, they have another chance to get the serve in. When a player starts to doubt whether or not he can make the serve, this is the time where he will start to fault and keep faulting until he realizes his problems. Keeping yourself optimistic during your serve is one of the most important things to remember during a match. Losing because of doubts in your own game is unacceptable.