A Beginners Guide to Track & Field 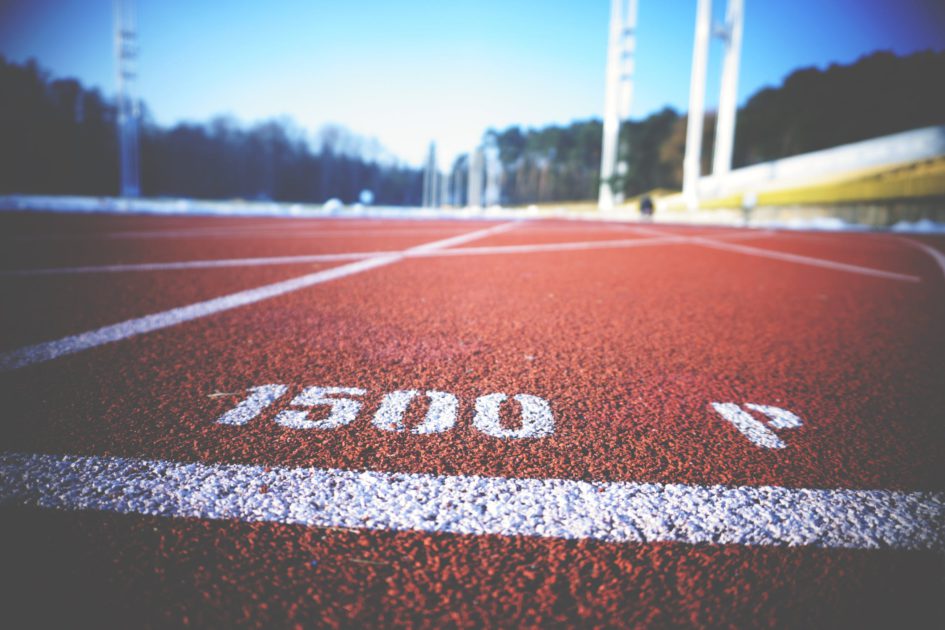 The most basic concept of track and field is obvious: it brings together a variety of short competitions based on a track and a field. Beyond that, both you and I are short on details. From what I have learned, track and field competitions, called “meets,” can stretch throughout the entire day, usually beginning around ten or eleven am, and ending around four or five pm. Because there are over twenty events that need to happen in that five to seven hours, throwing can overlap with running events. Some events involve upwards of eighty athletes competing for the same title of first place. When senior Dana Fry placed 21st in the 5000-meter run, she had already beaten dozens of others by managing a time fast enough to qualify for the meet. 5,000 meters is approximately three miles, and in running those three miles at the Open New England Championships, Fry earned a personal record—they call it a “PR”—beating her previous best time by ten seconds.

As you can tell, numbered places rarely represent just how much these athletes work and achieve. Track and field is layered, and different from team sports although the team as a whole is scored. Unlike team sports, accomplishments cannot be quantified with win or lose, because there are so many wins and so many losses happening within one meet. Therefore, while I want to go through and list how each member has been focusing on their own improvement, reaching goal after goal, it is more realistic to look at a variety of events. Every team member trains to fit their own progress, so this little guide made by a non-track and field athlete could be called incomplete at best, but it’s a start. If you want to know more, there are 26 members of our Track and Field team right now who would likely love to share.

The sprint events include the 400-, 200-, 100-, and 60-meter dashes. 100 meters is only run outdoor because it is the distance for which the track is straight, and the 60 meters is only run indoor for the same reason. Sprinters do exactly what you imagine in practice: they sprint. However, in order to improve, they do more than run the same 60- to 200-meter sprint. They often cross-train with biking, elliptical, and aqua-jogging, in addition to perfecting their running form and weight lifting.

Hurdle events are either 100- or 400-meter with 10 hurdles in the 100 and 10 hurdles in the 400. Similar to sprinters, hurdlers will do smaller sprints as well as longer, cross-training, and weight lifting. They also develop their form throughout the season, not only in sprinting but also in actual hurdling. Each hurdle is 30 inches for the 400-meter run, and 33 inches for the 100-meter.

Similar to hurdles is the 3000m Steeplechase, which requires running and jumping, but the jumped things do not fall if an athlete should brush against them. Therefore, instead of “hurdles” these are called “barriers.” Steeplechase is popular as a spectator sport due to the second to last barrier; after this barrier is a water pit, which is impossible to avoid getting in, and sometimes impossible to avoid falling into. Of the five barriers constructed (including the one with the water pit), competitors must jump over each of them seven times in this almost-two-mile race, meaning they jump 35 times before finishing. Therefore, steeplechase competitors must train as distance runners do, but add in hurdle drills.

If you were beginning to think that simply every event in track and field meant running, let the throwers show you the alternative. Part of the “power athletes” as termed by MHC head coach Tina Lee, throwers work primarily on throwing drills with supplementary weight training. Drills are specific to each event. Throwing events inclu

de shot put, javelin, discus, weight throw (indoor) and hammer throw (outdoor), which are all different shaped objects, requiring different technique. Throwers do not often compete in more than two of these events due to the significant muscular exertion.

Jumpers do less sprinting than sprinters, of course, but do need to have sprinting in their regular routines. Those regular routines can include cross training, sprints, jumping drills, and weight lifting. While some days jumpers will do up to 30 repetitions of their event—long jump, triple jump, or high jump—other days will be focused less on repetition and form, but more on increasing height or distance, like a mock track meet.

The distance events in track and field range from the 600 meter race up to 10,000 meters of running around the track. Indoor tracks are usually 200 meters all the way around, while outdoor tracks are 400 meters. This means that for the 10,000 meter race at an outdoor meet, athletes will run 25 times around the track. Fortunately you do not need to appreciate ovals that much to be a distance runner. As you have probably come to understand by this point, track and field athletes spend a lot of time in the pool, on a bike, on an elliptical, and in the weight room, as well as on the track or field. Distance runners are no different, and often have a certain “mileage” goal for each week. This means that they will do at least one truly long run—six to fifteen miles–per week. Mileage is tailored to fit the individual, so of the twelve distance runners at Mount Holyoke, there might be twelve different mileage goals for any given week, the shortest being twenty miles and the longest being seventy miles.

The heptathlon is by far the longest event in track and field, taking two days to complete all seven events, which are composed of other events in the meet. The events include 100m hurdles, high jump, shot put, 200m run, long jump, javelin throw, and 800m run. As you have hopefully already concluded, these athletes cross train, lift, and sprint, intentionally improving form through drills for each event. Normally, these athletes build up

Runners can also work together in the 4x100m, 4x400m, and 4x800m relays. Each of the four competing in these events runs 100, 400, or 800 meters depending on the event. This is the one event that can bring together teammates in a single quantifiable result.

As you can tell, track and field is not the most cohesive grouping of sports. Few athletes compete across the types of events (as in, few distance runners jump hurdles, and few sprinters throw as well), so the team atmosphere is less dependent. Through this, however, athletes who work best pushing themselves alone can shine, and coaches can provide individualized routines that help these athletes reach their peak performance ability. In case you find yourself with a free Saturday next year, and in case the winter takes its leave a little earlier, MHC track and field will host another outdoor meet. Come! Support the athletes who work day after day, for at least two regular sport seasons a year.